Germany and digitalization: an infographic by Kryptoszene.de shows that the Federal Republic is considerably behind in digitization, in the area of digital administration Germany ranks 24th out of 28 in Europe. None of the most popular social platforms have a headquarters in Germany. German companies consider the politics responsible for the lack of development.

In the area of ​​digital administration, Germany ranks 24th out of 28 in Europe. Only Hungary, Croatia, Greece, and Romania are still behind, as shown on the infographic. 53% of the corporations think that digitization is inhibited by the lack of a unified set of rules.

German corporations are also missing a growth possibility in the realm of social media. From 2015 to 2020, the number of users of social media such as Facebook and Twitter increased by around 83% worldwide. A development, from which German corporations still do not benefit in full. The fourteen most popular platforms are exclusively in the hands of the US and China. The low level of digitization could also prove to be a test for investors. For example, the German automotive groups are threatened by Tesla & Co., a company that seems to be ahead in terms of digitization and data strategy.

However, it becomes evident that German companies are hoping for more political support. According to a „Bitkom” survey, 84% believe that the development of German and European digital platforms should be promoted more. The most criticized is the lack of a uniform Europe-wide set of rules. Besides, the infographic shows that companies want more legal security, public funding, support for cooperation, and concessions when it comes to data protection.

Considerable Skepticism, Even Among Our Own

However, not only business circles are skeptical about this. 75% of politicians believe that the Federal Government does not provide proper support to the digitization process. Among business executives, as much as 90% share this opinion.

German companies are exhibiting self-criticism when it comes to their technological advances. Almost 60% consider themselves behind in digitalization. Around 3% even say that they have missed the transition entirely. On the other hand, approximately 37% of companies consider themselves to be pioneers in digitization.

Overall, the infographic shows that Germany is behind in several ways: in terms of digitalization of the administration, as well as local companies and social platforms. Those in charge seem to be aware of this, but drastic measures remain to be taken. Last but not least, DAX investors may want to keep a close eye on further developments. 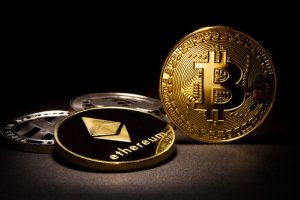 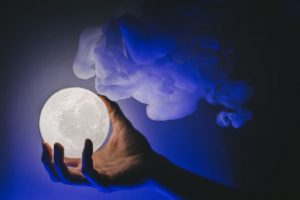