38% of large companies are already back to pre-crisis growth levels by their own assessment. As a new infographic from Kryptoszene.de shows, another 39% are still in the recovery phase, while just 23% state still being in crisis management mode.

The majority of respondents once again regard the business situation as positive. This was shown in data from a „Deloitte“ survey interviewing financial directors of large German companies. The CFO index climbed 54 points again in September, reflecting companies‘ much more positive outlook on business prospects compared to three months ago.

The infographics also show that large companies are once again adopting a much more favourable view of the economic situation in Germany. In fact, 45% even consider the economic situation to be good, with only 20% judging it to be bad – the rest of them remaining neutral. However, corporate leaders are much more pessimistic about the economic situation in the rest of the euro zone and the USA. China is the only other exception, where managers are also optimistic. This is largely consistent with a recently published „OECD“ forecast. This showed China to be the only country with a positive GDP development, and showed that Germany is facing much smaller losses than many of its EU neighbours.

Corona Crisis and Impact on Production

A recent survey carried out by the Association of the Bavarian Metal and Electrical Industry e. V. revealed that the Covid19 pandemic may well continue to limit production in September. Just 17.2% of the companies surveyed stated that the crisis will not restrict production at all.

Notwithstanding this, listed German companies are still on the upswing. The DAX is now back at around 13,000 points, compared to around 8,441 points in March. Though the pandemic is still making itself felt, the stock market seems extremely optimistic. 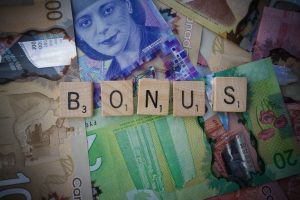