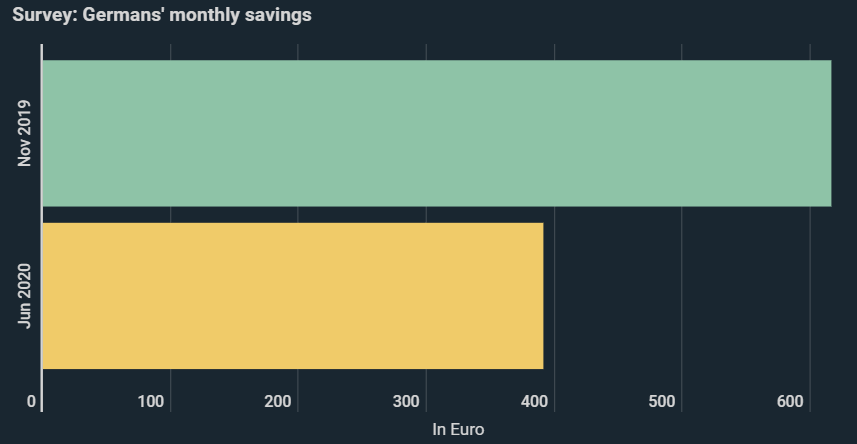 In the month of June, Germans put 36.5% less money aside than in November of last year, when the corona crisis was still just a bad dream. The pandemic has also had an impact on investment in other respects – with a large number of people now increasingly turning to seemingly safe investments. This can be seen in a new infographic from Kryptoszene.de

61% of respondents in a survey conducted by „Quirion“ stated being increasingly concerned with security in terms of investments since the corona crisis. 45% consider precious metals a better investment since the crisis, and while around four in ten will be cutting their expenses in the future, just over a third say they intend to invest more money.

Meanwhile, the infographic reveals that 31% of Germans surveyed have experienced lost income as a result of the corona crisis. In China, on the other hand, as many as 55% had to cope with income losses, according to data from a „Statista“ barometer.

Growing Interest in Shares and Funds

Despite financial losses, the proportion of individuals interested in shares and funds is increasing, and 3.87 million Germans are even „especially“ interested. Just last year, the figure was 3.66 million. Despite a clearly emerging trend towards increased interest, there are still 55.74 million who are „hardly“ or „not at all“ interested in these forms of investment.

Although, as outlined above, many investors are increasingly concerned about security, relatively speculative shares are also very popular. According to data from „Boerse.ard“, BioNTech shares are the most sought-after stock of the month. In second place is Tesla, followed by Nel ASA.