According to a recent survey, 69% of respondents believe that the Auto1 Group’s initial public offering is a threat to the „conventional“ car retail sector. In addition to the already tense situation caused by the Corona crisis, this is a further source of uncertainty for many car dealers, as can be seen in a new infographic by Kryptoszene.de.

While the majority expects this to have a negative impact on brick-and-mortar dealerships, 31% of the respondents regard the Auto1 Group as a „healthy competitor”, as established in a non-representative survey conducted by „kfz-betrieb“.

As the infographic shows, the industry is already in trouble. According to the Federal Motor Transport Authority, there were 31.1% fewer new cars registered in January compared to the same month last year. Meanwhile, the decline in sales of used cars was 29.4%.

Minimal Impact on the Stock Market

This decline seems to be doing little to dampen the mood of investors. Auto1 shares were issued at €38, rising in a very short time to a peak of €55.56 to give the emergent company a market capitalisation of about €10.2 billion euros today. As a comparison: established companies such as Deutsche Bank and BMW have a market capitalisation of €17.7 billion and €45.3 billion respectively.

Auto1 currently generates just 1% of its revenue from sales of vehicles to private individuals. Its primary focus is still on selling large volumes of cars to commercial customers. However, the capital raised is expected to be used to more vigorously target private customers. It remains to be seen whether the fears expressed by some traditional car dealers are justified or not.

Meanwhile, the infographic indicates that numerous start-ups have been founded in Germany over the course of the Corona crisis, despite the uncertainty. The majority of the new start-ups in the past quarter were in the software industry, with 110 new companies founded in this sector. E-commerce came in second, followed by start-ups in the field of medicine – all sectors that have been among the beneficiaries of the pandemic. Whether and to what extent these start-ups will make a splash remains to be seen. As the case of Auto1 illustrates, optimism for the future seems to be prevailing, at least among stock market investors. 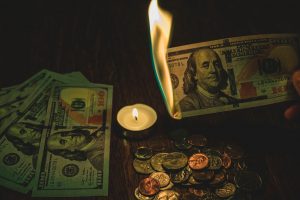