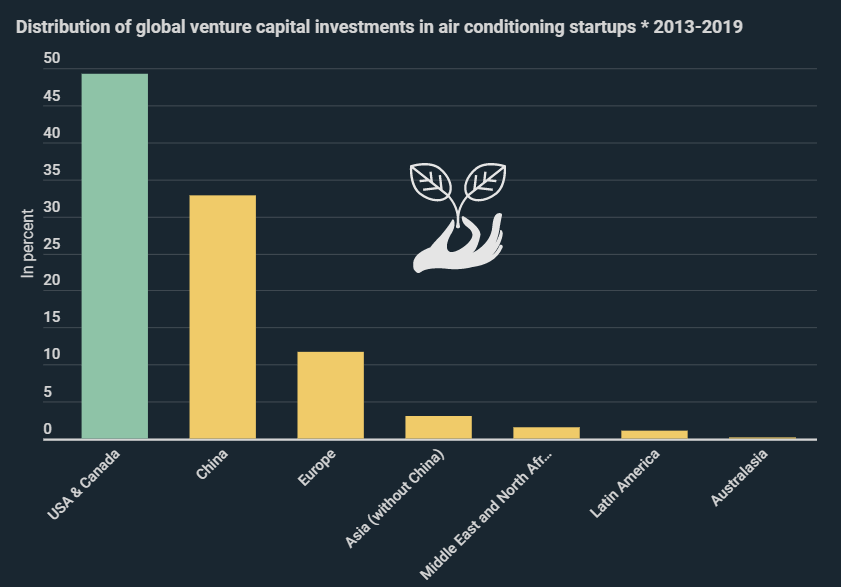 11.7% of global venture capital investments into climate technology start-ups between 2013 and 2019 went to European companies. Nearly half of the total investments went to companies in the USA and Canada. As a new infographic from Kryptoszene.de shows, a global trend towards sustainability is making itself felt, not least on the trading floor.

Although Europe and Germany are by no means leading the way in terms of green start-ups, Berlin comes in ninth in a ranking of cities. $930 million US worth of venture capital investments found their way into climate technology start-ups from the region in 2019. This is shown by data from a „PWC“ survey.

A total of $1,630 million was invested in climate technology start-ups last year. In 2013 the figure was just $418 million, representing an increase of around 290%.

Meanwhile, it is not just start-ups that are enjoying increased popularity among investors. Several publicly traded companies are also on the upswing. A comparison with conventional assets demonstrates this especially clearly. Within the last year, the Global Clean Energy ETF increased by 63.3%. The DAX and Dow Jones grew by just 5.6% and 4.6% respectively over the same period. A similar pattern can also be seen in a monthly review.

Analysis of global Google search queries also shows that interest in companies in the field of renewable energies and sustainability is on the rise. The Google trend score, an indicator of relative search volume, for the search term pair „green shares“ currently stands at 75. A 5-year review reveals a significant increase in interest.