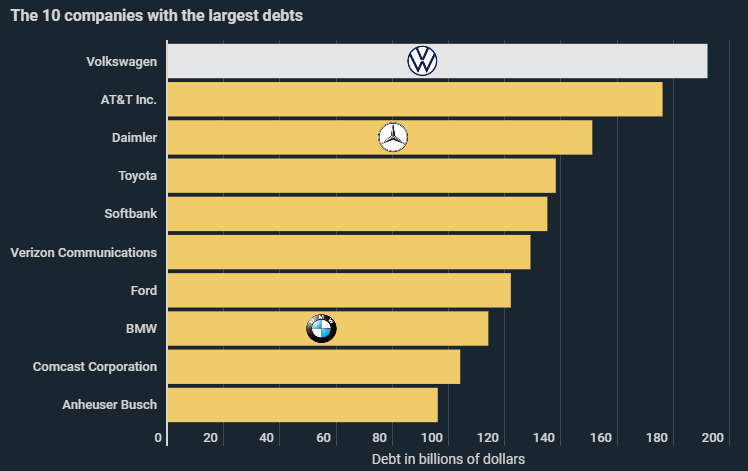 With a burden of $192 billion US, the Volkswagen Group is the most heavily indebted enterprise in the world. This can be seen in a new infographic from Kryptoszene.de. Their mountain of debt is comparable to that of entire nations such as South Africa or Hungary. All of this despite the fact that the Wolfsburg-based company is highly profitable and has the second-highest EBIT margin of any automotive group.

As the „Corporate Debt Index“ data show, two other German groups, in addition to Volkswagen, are among the ten companies with the highest debt burden: Daimler and BMW have debts of $151 and $114 billion US respectively. An analysis of financial data from the 900 largest companies by market capitalization reveals that US companies carry the largest debt burden overall, while Germany and companies based there rank second.

Volkswagen, a Company of Superlatives

However, our infographic shows that Volkswagen distinguishes itself in other respects as well. According to a ranking by the „Center of Automotive Management“, Volkswagen is by far and away the most innovative automotive group. This ranking is put together based on number of innovations and world firsts in various areas of technology.

Volkswagen also occupies a leading position in terms of profitability. Their EBIT margin last year was 7.3%. Only Toyota had a higher figure at 8.4%.

However, a glance at Google data shows that demand for Volkswagen shares is currently weak. The Google Trend Score, which indicates relative search volume, currently stands at 13, with a score of 100 representing the highest possible search volume. 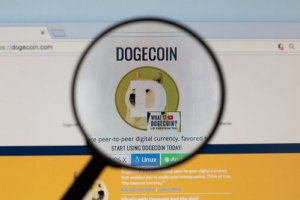 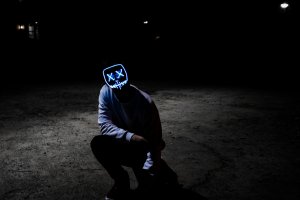 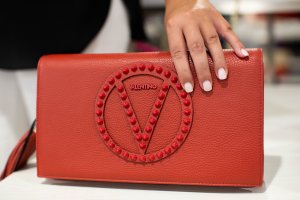 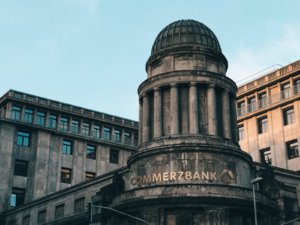 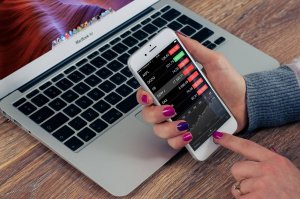 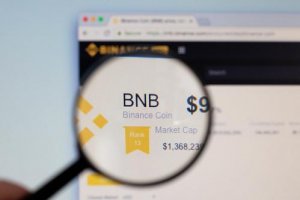 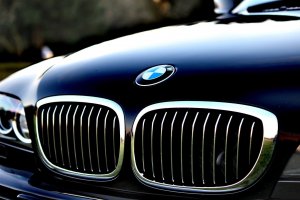